Metaphoric Models of Road: from “Story of a Beggar” to “The Widow of Otar”

The spatial model of Road acquires the status of completely independent construction in a text – each text is over-crossed by Roads, going towards different directions, thus creating physical and spiritual geography of the text. Spatial model of Road is intertwined with the motive of Meeting being fixed in time, and a protagonist represents an inevitable condition for their wholeness, as of aesthetically valuable plot structure: the chronotope of Road and Meeting is realized only in relation to the character; otherwise, it is functionless from aesthetic point of view.

Road, representing a spatial model, is a wide-scale phenomenon and unites other spatial models of the text. It represents the field for event merging and action completion. The road can lead to native or foreign territory; it can be both long and short; carry metaphoric or partially metaphoric meaning.

Correspondingly, the unity of the spatial model of Road and motive of Meeting, or the chronotope of Road and Meeting, deduced from the heterogeneity of the above mentioned characteristics, plays various structural-aesthetical functions in different texts. Ilia Chavchavadze’s fiction is no exception: Road plays a crucial role in Ilia Chavchavadze’s works “The Traveler’s Diaries”, “Story of a Beggar”, “Is a Human a Man?!”, “On the Scaffold” and “The Widow of Otar”. Each of these texts represents a personage’s fatal meeting place and defines transformative possibilities of the text. In Ilia’s works Road is not only a border line drawn between native and foreign territories, or concrete historical-spatial landscape, but it is in proportion to characters’ inner metamorphoses and represents a watershed for their ideological-moral positions.

Physical concept of Road is continuously transformed in such categories as: Road of Life, Road of Charity, Human’s Road, Road of Peace, Road of Rightness, Road of Truthfulness, and Road of Spirit. Each of these categories carries a deep moral value in the text.

In Ilia Chavchavadze’s works the chronotope of Road and Meeting is singled out by spectre diversity. Road and Meeting, as a close encounter with it, is never limited to real-artistic function, but is metaphorized towards spiritual values. Metaphorization of spatial and temporal structures, that we have emphasized, is  peculiar for realistic texts: 19th-century realistic literature actively uses text as a tribune for heralding problems of social-national, ethical, religious and philosophical nature, metaphorizing is the best poetic means for achieving the goal – unclear, ambiguous, and enigmatic movements tempt reader to think, make him meditate on high values, which are probably hard to utter in the current conditions under the censorship and ideological-political pressure, but which is the main target of author’s and protagonist’s intention.

Translated from Georgian into English by Ariane Chanturia 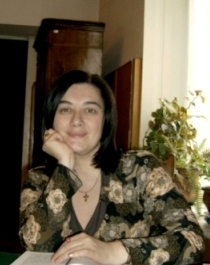